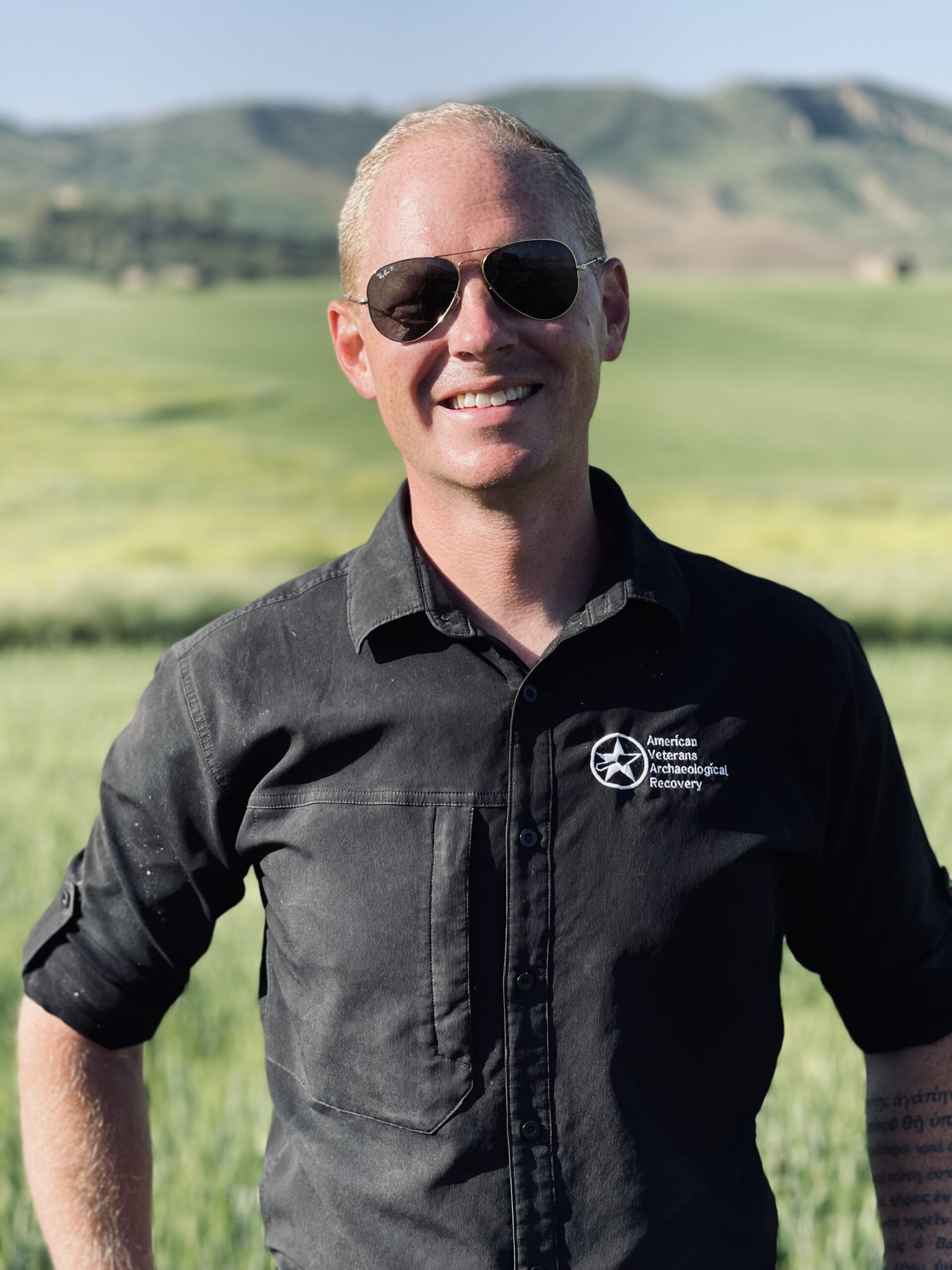 Stephen Humphreys was commissioned in the US Air Force following his completion of a BA in History at the University of North Texas. He served as an Aircraft Maintenance Officer, deploying in support of Operation Iraqi Freedom and Operation Enduring Freedom. Following an assignment as Assistant Professor of Aerospace Studies at Texas A&M University, he separated in order to attend a seminary program with the intent of returning to military service as a chaplain. A trip to a dig at Tel Gezer, Israel convinced him to become an archaeologist instead.

Stephen holds a Ph.D. in archaeology from Durham University as well as an MA in Archaeology and Biblical Studies and an MA in Theology from Southwestern Baptist Theological Seminary. His academic areas of interest are charity in the Early Christian era, and health and wellness in antiquity. His doctoral thesis was on the development of ‘Holy Water’ in the Christian church between the 4th and 7th centuries (spoiler: it was for demon-killin’). He is a National Geographic Explorer and a dedicated field archaeologist with dig experience in Israel, Jordan, Cyprus, the United Kingdom, Sicily, and the USA. 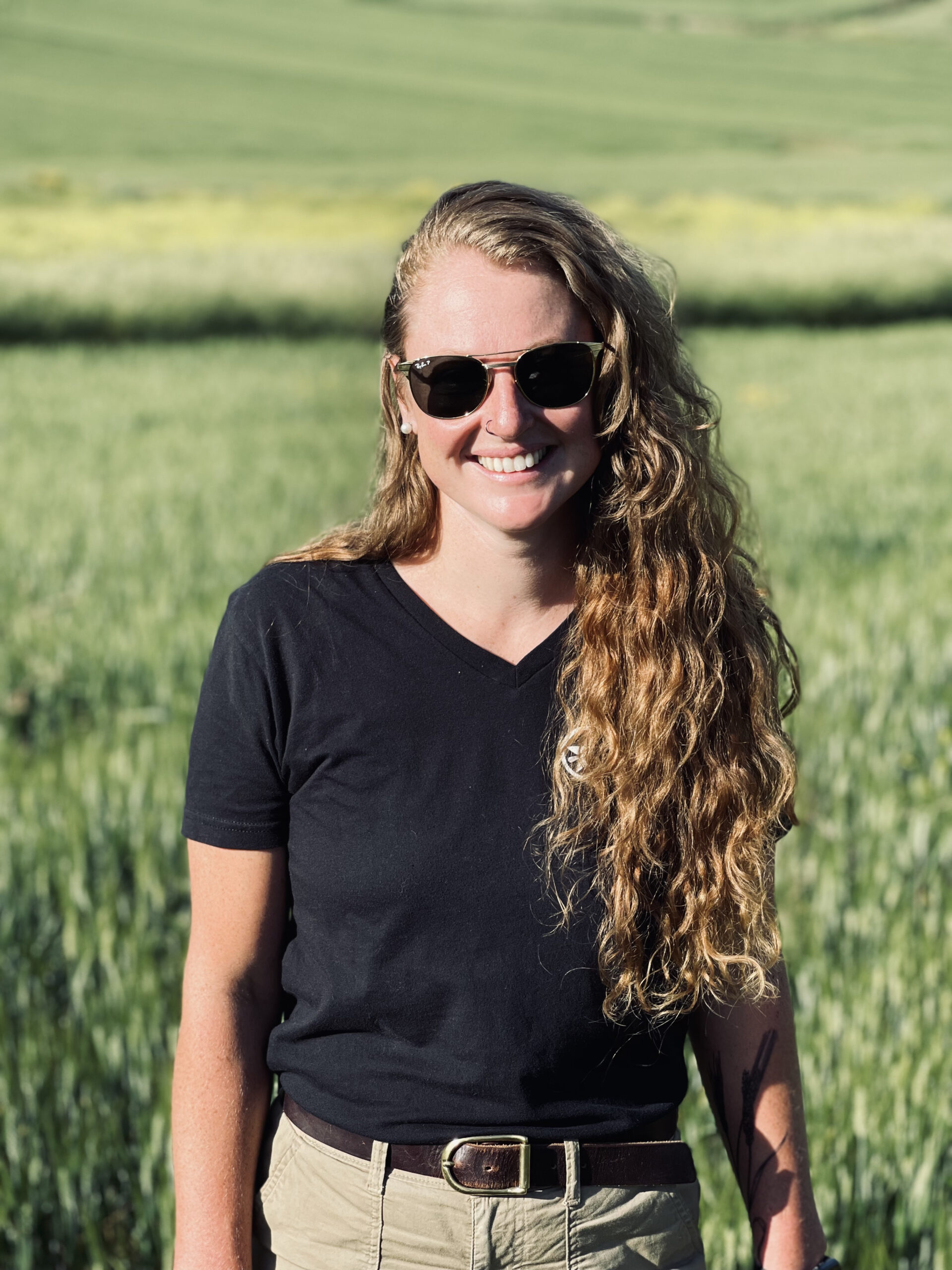 Mackenze Burkhart has a BA in Archaeology and Anthropology from Dickinson College in Carlisle, PA, and completed her field school in bioarchaeology in Tuscany, Italy, through the Ohio State University and the University of Pisa. She is currently pursuing her Master’s Degree from Norwich University in History, with a concentration in public history and military history.

Her time studying bioarchaeology, specifically identifying markers of nutrition, disease, and occupation in human remains, instilled in her an interest in the evolution of public health. Mackenze brings in administrative experience in the non-profit sector, having spent five years working in her local food system as a farmer and food access advocate.

American Veterans Archaeological Recovery is uniquely capable of carrying out world-class fieldwork projects that benefit our veterans due to the expertise of our Technical Advisory Committee (TAC).  Composed of field-leading specialists in battlefield (conflict) archaeology and excavation, public outreach, occupational therapy, physical therapy, and field safety, these individuals provide the training and guidance that allow AVAR to balance the needs of a range of archaeological missions with the wellness and development needs of our veterans.

Dr. Jaimee Hegge has practiced as an occupational therapist since 2012 and has been a Clinical Assistant Professor at Sacred Heart University since 2018. Dr. Hegge teaches and coordinates the adult and geriatric physical rehabilitation curriculum in the Graduate Occupational Therapy (OT) Program. She received her Master of Science in OT degree from Sacred Heart University and her Post-Professional Doctoral degree from St. Catherine University.

Dr. Hegge’s area of clinical expertise is in adult and geriatric physical rehabilitation, with a focus on orthopedic injuries, cumulative trauma disorders, and pelvic floor dysfunction. She is also a Certified Kinesio Tape Practitioner. Dr. Hegge has been working with AVAR and supervising OT students’ clinical fieldwork with AVAR since 2019.

Dr. Lola Halperin has practiced as a mental health occupational therapist since 1995 and has been teaching/coordinating the mental health curriculum in the Graduate Occupational Therapy (OT) Program at Sacred Heart University (SHU) since 2010.

She has a Bachelor in OT degree from Tel Aviv University, a Post-Professional Master’s degree from New York University and a Doctor of Education degree from Columbia University.
Throughout her career, she has worked with clients experiencing mental health issues and other forms of adversity in inpatient and outpatient psychiatric facilities as well as community-based settings in Israel, Canada, and United States.

Dr. Halperin has participated in American Veterans Archaeological Recovery (AVAR) digs in Albany and Saratoga (NY) and Beit Shearim in Israel. In collaboration with her colleague, Dr. Jaimee Hegge, she has been also supervising SHU OT students’ clinical fieldwork with AVAR.

Retired in 2006 from the National Park Service after more than 30 years of with the Department of the Interior. Doug was the BLM Montrose District Archeologist from 1975 to 1983 when he transferred to the National Park Service. His last position was as Great Plains Team Leader, Park Programs, Midwest Archeological Center Lincoln, Nebraska. He is currently Adjunct Research Faculty at Colorado Mesa University. Doug received his Ph.D. in 1977 in Anthropology from the University of Colorado, Boulder. He has worked throughout the Great Plains and Rocky Mountain West on a variety of archeological projects. Doug specializes in nineteenth century military sites archeology and forensic archeology. He is particularly noted for his expertise in battlefield archeology and firearms identification having worked on more than 40 battlefield sites, including the Sand Creek Massacre, and the Battles of Big Hole, Wilson’s Creek, Pea Ridge, and Santiago de Cuba. He was awarded the Department of the Interior’s Distinguished Service Award in 2002 for his innovative research in battlefield archeology that started with his work at the Little Bighorn Battlefield National Monument. His 2013 book Uncovering History, on the archaeology of the Little Bighorn battle, has received several book of the year awards. In 2015 Doug was presented with the J. C. Harrington Award from the Society for Historical Archaeology for lifetime achievements in the field of Historical Archaeology

Doug has also been involved with human rights and forensic investigations since the early 1990s. He has worked with the United Nations and various human rights organizations in El Salvador, Croatia, Rwanda, Cyprus, Iraq, and on an animal welfare case in Canada. He is also an instructor for the Advanced Metal Detecting for Archaeologists program sponsored by the Register of Professional Archaeologists.

Joel is the Director of Historic Arms & Militaria for Bruneau & Co Auctioneers and an appraiser on PBS’ Antiques Roadshow for Arms & Militaria. He is an active member of the American Society of Arms Collectors and an instructor and board member for Advanced Metal Detecting for the Archeologist.

His passion for material culture and the history of the start of the American Revolution has led him to write and lecture with the Society for Historical Archaeology, the Fields of Conflict archaeology conference, Colonial Williamsburg’s “Weapons of War” conference, the Concord Museum, and Minuteman National Historical Park.